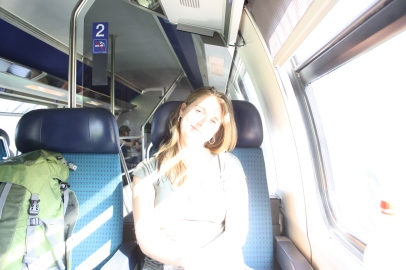 #7 – Always know where your train ticket is taking you – We purchased two tickets from Annecy to Switzerland. We realized in Annecy, that our train ticket wasn’t only a train ticket. We boarded a bus in Annecy. The attendant in Annecy told us that after a two hour bus ride, we would board a train. We attempted to spend the last of our Euros before heading to Switzerland because we figured we would need Francs instead. Well, the bus dropped us off on this steep hill in some Swiss city with no train station in site and no German dictionaries in site. We walked towards the metro tracks that we could see, and hoped to find our ways to the train station to get to Zurich. We found the map and determined which way we needed to go to get to the train station, so we started walking. We figured we could follow the tracks until we could find a place to get some money exchanged to ride the metro. We probably walked ½ a mile before exchanging our money, then we boarded the busiest tram ever. Thankfully, it took us to the right train station to finish our journey, but boy were we taken off guard.

#8 – If you’re flying Swiss Air, check in as soon as possible via the internet. Jon and I arrived at the airport a couple hours early to give us time to get through security. When we checked in, we were told we were on standby. I have flown a lot in the US, and standby means you may or not make your flight, so I pretty much went in panic mode when we were told we were on standby. After I finished freaking out on the inside, I went and asked the lady what the standby notation meant on our ticket. Basically, seats are assigned when you check in which you can do up to 24 hours before your flight, so she said we definitely had a seat on the plane, but that Jon and I might not be able to sit together. WHAT? A 10 hour flight by myself? Well, no need to panic, Jon and I were able to sit together, but I did have a momentary panic wondering if we would get home, and my meal was a lot better than the first flight.

#9 – Travel as much as your budget will allow. Seeing the world has definitely been something Jon and I enjoy doing together. I know people look at us and think “they’re loaded” (i.e. Becki in case you’re reading that’s for you) J, but in reality, Jon and I try hard to budget in advance for trips like this. We try to go on a larger vacation every two years to allow for the ‘ol budget to catch back up, and for my Dave Ramsey readers, we NEVER take a vacation on a credit card. We may pay for a vacation with a credit card, but it never stays on the credit card past that billing period. If we don’t have the money, we don’t go. That’s why it’s nice to plan ahead for our trips. In addition, this trip was a culmination of three years of audit travel points. So, Jon and I spent a LOT of time apart to come up with enough points to pay for our hotel stays while we were gone, and if I can say so myself, but some of the rooms were AMAZING!

And now, for our final travel tip and probably our favorite. 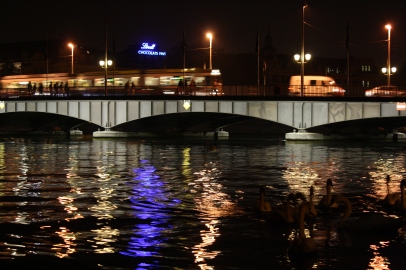 #10 – Remember that some of the best things in life come from Switzerland. Jon’s Grandpa Sutter instilled in him a love for Switzerland, so we were really excited to get to experience it for ourselves. To commemorate our trip, we brought home LOTS of Swiss Chocolate and passed it out to family members and kept some for ourselves. There is still some Lindt chocolate in our cupboard which we periodically savor.

To our surprise though, we brought more than just chocolate home from Switzerland, and we couldn’t be more thrilled!!! Due to some uploading problems, you’ll have to wait until a future post to see what else we brought home. 😉